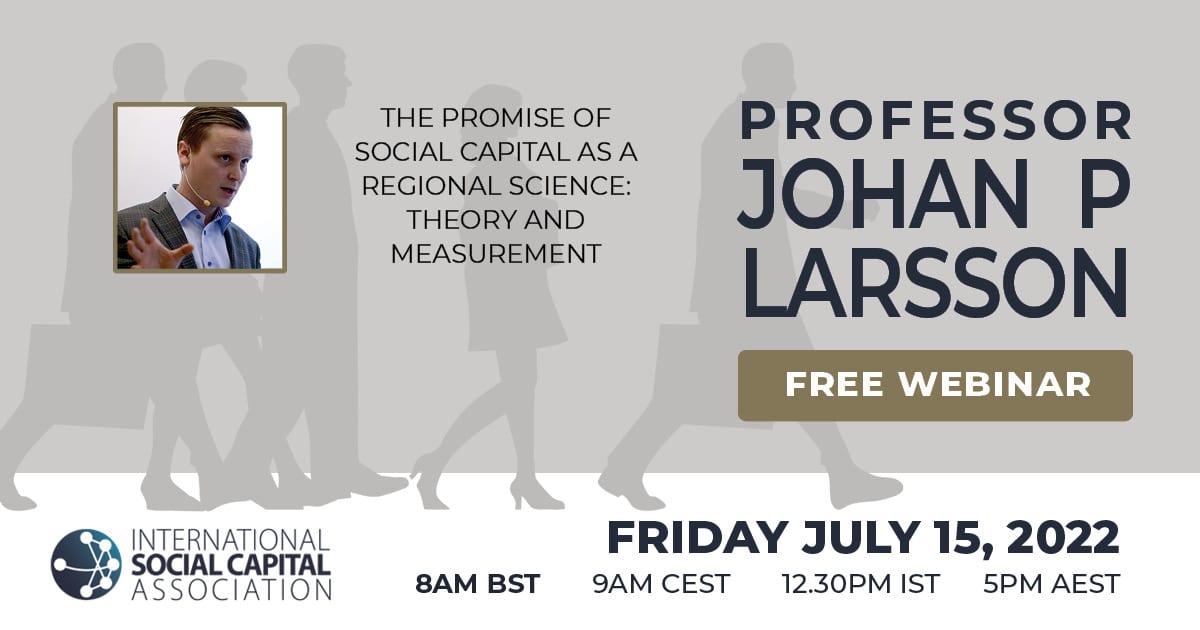 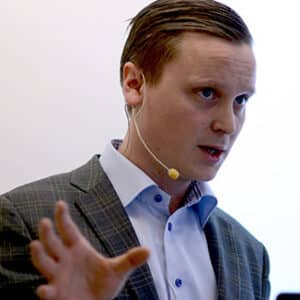 The network aspects of the social capital concept render it at its heart a regional science to the extent that networks are regionally bounded. And by and large they are. Key to the argument is that centrality in networks, ability to bridge nodes in networks, knowledge spillovers and several other pertinent concepts are all hampered by distance. While far from ignored in previous social capital research, the role of the region in mediating social capital transactions has been underplayed in the empirics of social capital.

In part, the situation is simply the result of a lack of measurement. Most variables used to proxy networks and social capital are simply not readily available at the regional level, such as reliable measures of trust over time. Social media may represent the first promising path in decades towards tying up some of the loose ends. But what are the limitations of those (proprietary) data and what issues are they likely to solve?

The first aim of the talk is to selectively review theory and empirics of social capital, including its outcomes and connection to entrepreneurship, at the regional level. Second, and perhaps more importantly, the talk addresses ways forward, in terms of measurement and concepts.

Johan P Larsson is Associate Professor of Economics and Public Policy at the University of Cambridge, Department of Land Economy, and a Fellow of Robinson College, Cambridge. His work addresses geographical aspects of industrial dynamics. His general research themes are focused on agglomeration economies, entrepreneurship, and social capital. A main research interest is the empirics of neighborhood effects in agglomeration economies. Johan has been a Research Director and head of regional policy at the Swedish Entrepreneurship Forum. He has written several reports to the Swedish government on issues ranging from innovation policy to agglomeration economies. He was also a member of Sweden’s Global Entrepreneurship Monitor team and has worked as a consultant for several regional advocacy groups.